Rainfall is forecast this weekend and for the first half of next week for parts of the Northern Rivers and Mid North Coast, where catchments remain saturated following significant flooding in recent weeks. The rainfall early next week has the potential to result in further flooding. Minor and possibly higher flooding is expected and this will depend on how the weather system develops.

This weekend's rainfall may cause localised flash flooding and minor riverine flooding across the Northern Rivers, Mid North Coast, Hunter, the Northern Tablelands, and the Northwest Slopes and Plains. Flooding is possible in the catchments listed from Saturday. Flood classes (minor, moderate, major) are only defined for catchments where the Bureau provides a flood warning service.
The situation is being actively monitored and updated flood watches and warnings will be issued where necessary over the coming days. 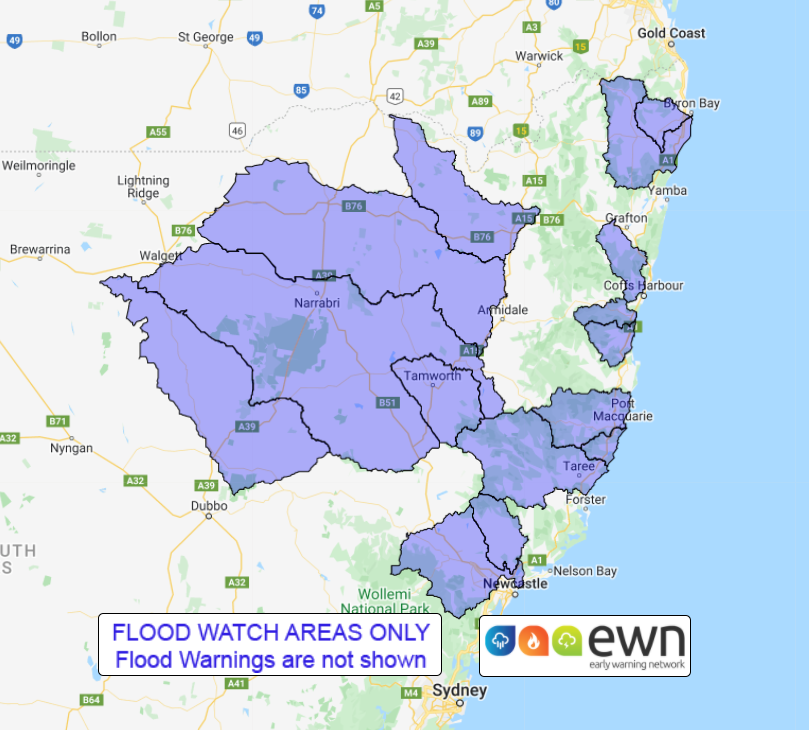