Rainfall is forecast to continue over parts of the Northern Rivers, Mid North Coast, Hunter and North Western NSW from Friday into early next week with showers and thunderstorms likely. Flooding is likely to develop along coastal and inland rivers from Friday.
Further rainfall is forecast for the Northern Rivers, Mid North Coast and Hunter Rivers during the first half of next week. This rainfall has the potential to cause continued and possibly increased flooding, depending on how the weather system develops. The situation is being closely monitored and renewed flood watches and warnings will be issued where necessary.

The weather system may cause local and riverine flooding for the catchments listed from Thursday into Friday. Flood classes (minor, moderate, major) are only defined for catchments where the Bureau provides a flood warning service.

Flood warnings are current for the following catchments: Wollombi Brook 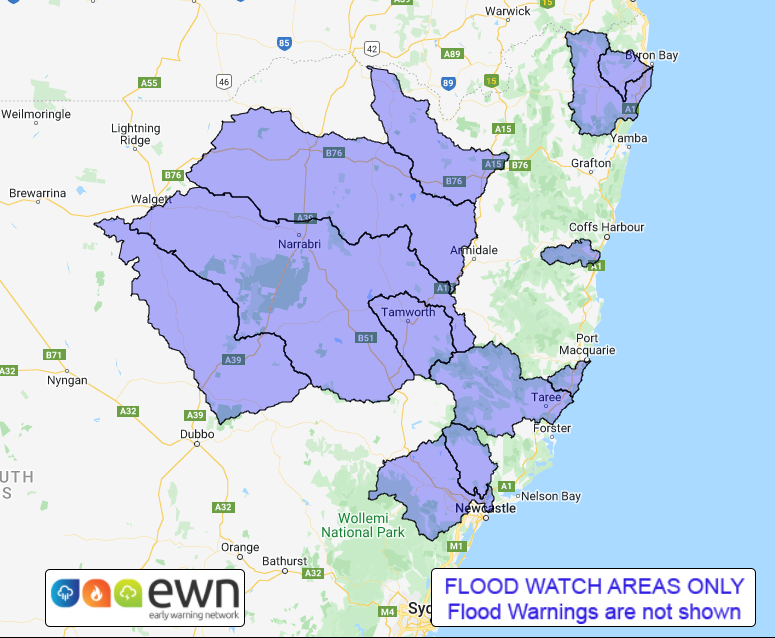