A low-pressure trough is expected to bring showers, rain and severe storms to the northern and central parts of NSW during Tuesday and Wednesday. This rainfall may cause minor flooding along rivers in parts of the NSW Northern Rivers and Mid-North Coast. Renewed river level rises and flooding is possible along the Upper Macintyre, Gwydir and Namoi Rivers from Tuesday, where flood warnings are current.

The weather system is expected to cause flooding for the catchments listed from Tuesday. Flood Classes (minor, moderate, major) are only defined for catchments where the Bureau provides a flood warning service.

Additional Catchments likely to be affected include: 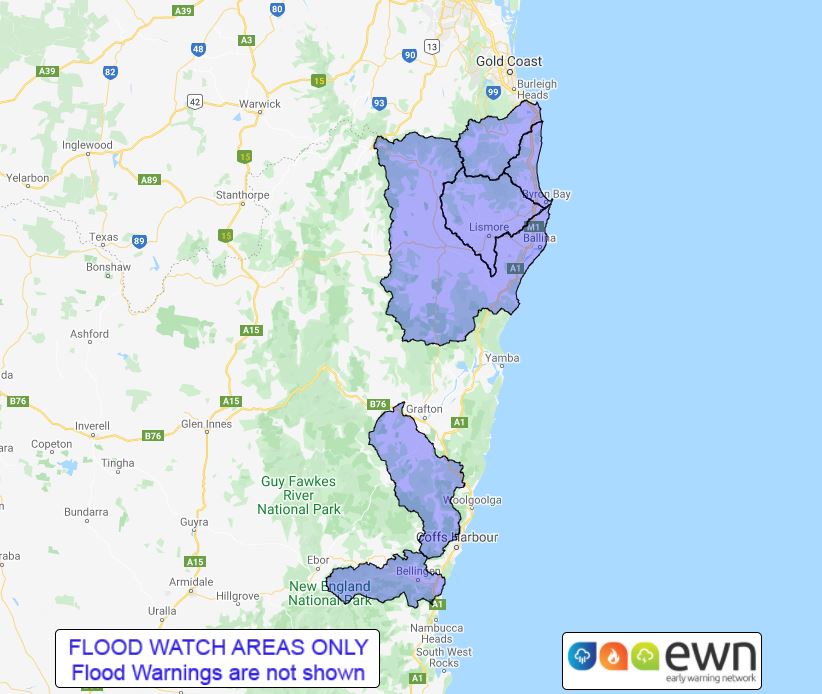