MAJOR FLOODING POSSIBLE AROUND THE NORTH WEST SLOPES FROM THURSDAY

A trough of low pressure over western New South Wales will deepen to form a low pressure system on Thursday. This low will interact with very humid air to bring widespread rain to much of the state and heavy falls to the north.

Wet and stormy weather is expected over much of New South Wales from Thursday and is likely to cause local and minor to major flooding across NSW Catchments.
Areas of elevated flood risk include the North West Slopes where major flooding is possible.

Widespread rainfall across NSW is expected from Thursday. Very intense rainfall rates are likely for some areas, most likely over the north. The heaviest rainfall is forecast to contract to the south east of the state through the weekend as the low moves offshore.

The weather system is expected to cause flooding for the catchments listed from late Wednesday into the weekend. Flood classes are only defined for catchments where the Bureau provides a flood warning service.


For the latest flood and weather warnings see www.bom.gov.au/nsw/warnings/ 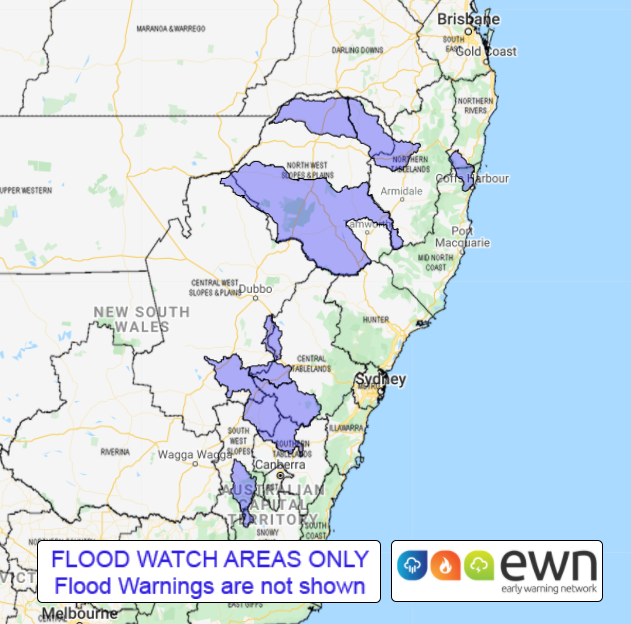