FLOODING POSSIBLE IN THE ILLAWARRA, SOUTHERN RANGES FROM FRIDAY

(Reissue to correct initial paragraph below.)

A low pressure system lies off the Illawarra coast bringing heavy rainfall and riverine flooding through SE NSW. River level rises are possible along the Queanbeyan and St Georges Basin and some adjacent catchments.

Flood Warnings are current for the Bega and Moruya catchments where further rainfall and river rises are possible.

A Severe Weather Warning is current for the Illawarra, Southern Tablelands and South Coast.

The weather system is expected to cause flooding for the catchments listed.
Flood classes (minor, moderate, major) are only defined for catchments where the Bureau provides a flood warning service.

Flooding is no longer expected in the following
catchments: Upper Murray.


For the latest flood and weather warnings see www.bom.gov.au/nsw/warnings/ 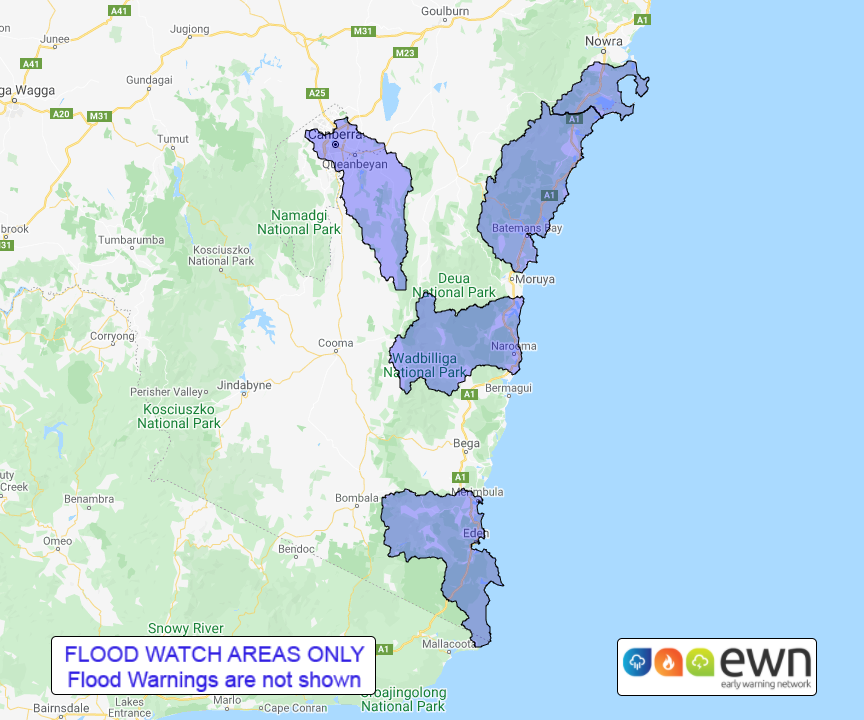