FLOODING IS OCCURRING IN MANY CATCHMENTS AROUND THE ILLAWARRA, SYDNEY, CENTRAL COAST, AND CENTRAL WEST HUNTER REGIONS, INCLUDING MAJOR FLOODING IN THE HAWKESBURY AND NEPEAN RIVERS.

A trough across the central coast extends from a low over the Tasman Sea, while a strong high over the Great Australian Bight extends a ridge to the southern Tasman Sea. The combination of these features is bringing wet and windy conditions to many eastern areas of New South Wales. Conditions are gradually expected to ease although the trough will linger on the northern half of the coast today.

Rainfall may lead to flooding in catchments along the NSW Mid-North Coast. as well as possibly cause higher levels in areas north of Sydney where flood warnings are current.

A Severe Weather Warning for Heavy Rainfall has been issued for parts of Mid North Coast and Hunter Forecast Districts..

The weather system may cause riverine flooding from late Wednesday for the catchments listed. Flood Classes (minor, moderate, major) are only defined for catchments where the Bureau provides a flood warning service.

Catchments likely to be affected include:
Orara River
minor flooding 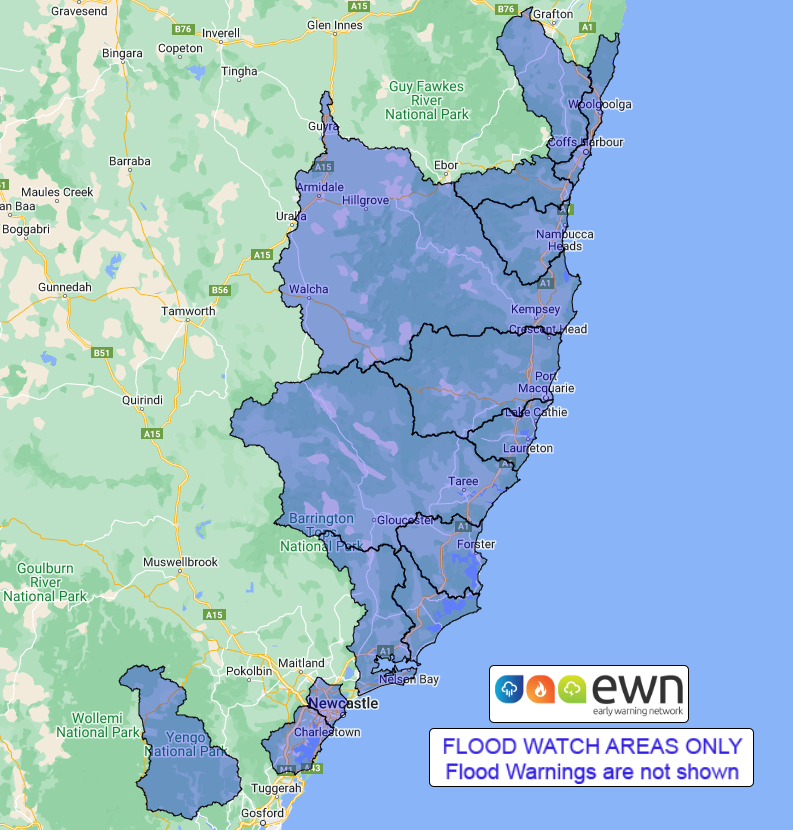