A slow moving coastal trough extends from southern Queensland into northern NSW and has brought heavy and locally intense rainfall to parts of the northern coast today.

Later on Tuesday a low pressure system will form off the northern NSW coast before moving towards central parts of the NSW Coast and deepening into an East Coast Low. Heavy to torrential rain is likely to the south of the low affecting Sydney, Illawarra and the South Coast from later on Tuesday.

Catchments remain wet, with many NSW dams near capacity.

A Severe Weather Warning for heavy to locally intense rainfall has been issued for the Northern Rivers and parts of Mid North Coast and Northern Tablelands Forecast District.

The weather system is expected to cause further riverine flooding for the Northern Rivers and Mid North Coast today and extend further south to the Central Coast, Sydney, Illawarra and South Coast catchments Tuesday into Wednesday. Flood classes (minor, moderate, major) are only defined for catchments where the Bureau provides a flood warning service.

Catchments likely to be affected include:
Macleay River
minor flooding 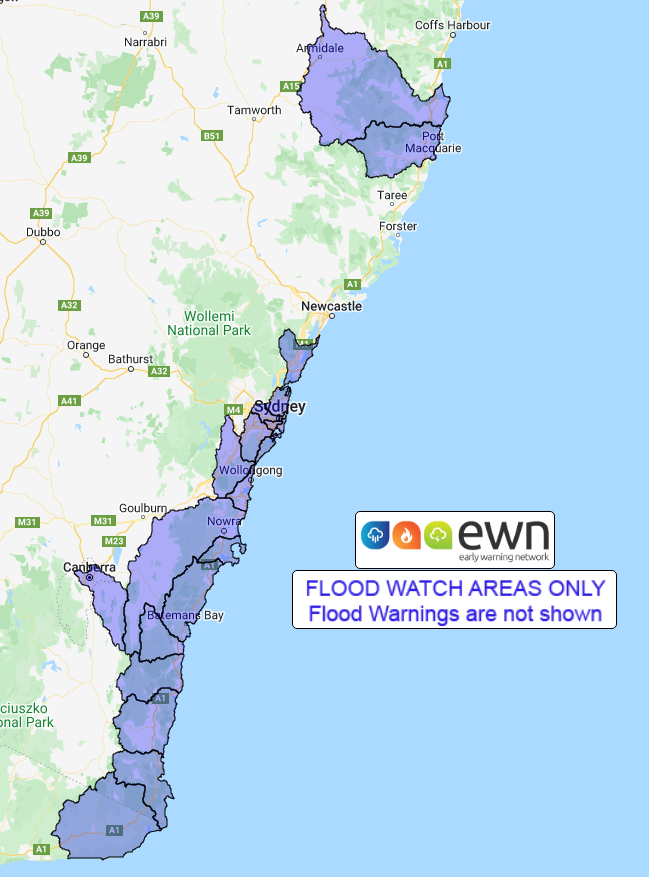