NSW Flood Watch: Inland Rivers in the Central and Northwest

A inland low pressure system is expected to deepen during Sunday and generate widespread rainfall to parts of the NSW mid-north coast, hunter, and the central northern inland. This rainfall may cause minor flooding across inland rivers in the Central and Northern parts of the State as well as parts of the mid-north coast from Sunday into next week.

Catchments likely to be affected by flooding are currently saturated following rainfall through mid November.

The forecast weather system is expected to cause flooding for the catchments listed from Sunday into Monday. Flood Classes (minor, moderate, major) are only defined for catchments where the Bureau provides a flood warning service. 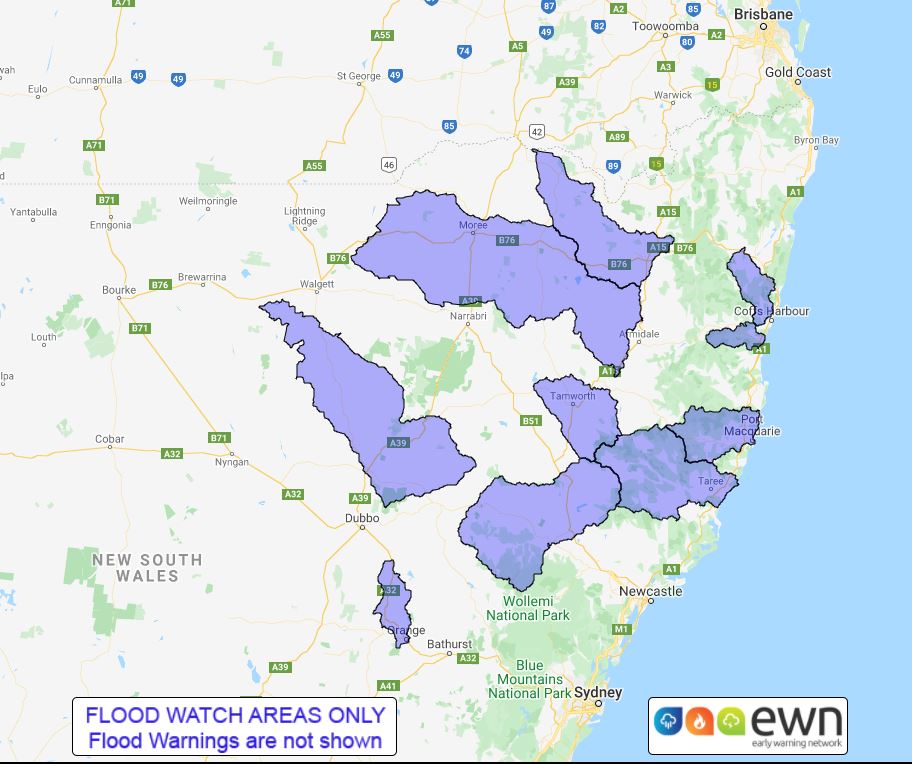