For people in parts of Blue Mountains/Hawkesbury, Gosford/Wyong and Sydney areas.

A trough located just south and west of Sydney is moving slowly north eastwards. This is combining with an upper trough in the vicinity to enhance thunderstorm activity.

The Bureau of Meteorology warns that, at 6:00 pm, severe thunderstorms were detected on the weather radar near Liverpool, Riverstone, the Yengo National Park northwest of St Albans and Cobbity. These thunderstorms are moving towards the east to northeast. They are forecast to affect Hornsby, Parramatta, Sydney Olympic Park and Camden by 6:30 pm and Berowra, Frenchs Forest and Gordon by 7:00 pm. 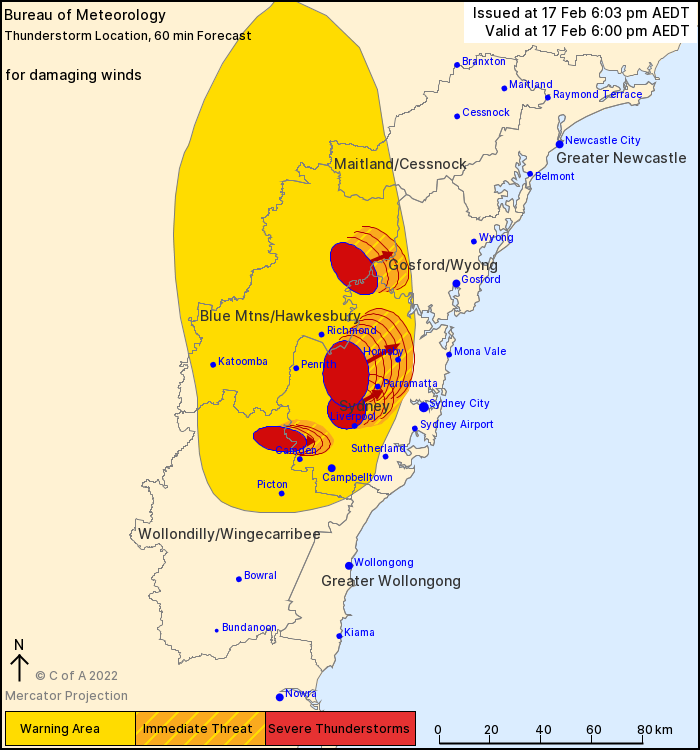