Other severe thunderstorms were detected on the weather radar near Wollongong, Newcastle City, Upper Mangrove, Engadine, Lake Macquarie, Brooklyn and Kurrajong. They are forecast to affect Gosford, Richmond and Mona Vale by 4:20 pm and Hornsby, Parramatta, Sydney City and the Sydney Harbour Bridge by 4:50 pm. 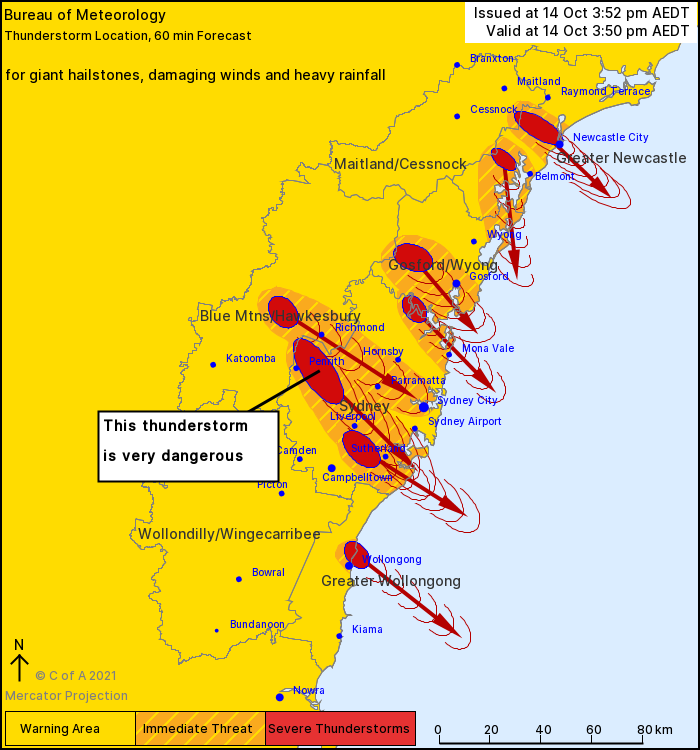