For people in parts of Sydney area.

Weather Situation: Persistent storms are passing over the same area near and south of Camden.
The Bureau of Meteorology warns that, at 4:35 pm, severe thunderstorms were detected on the weather radar near Blacktown, Fairfield, Holsworthy and Liverpool. These thunderstorms are moving towards the east to southeast. They are forecast to affect Parramatta, Sutherland, Sydney Olympic Park and Ryde by 5:05 pm and Sydney City, Sydney Airport, the Sydney Harbour Bridge and Terrey Hills by 5:35 pm.
Damaging winds and heavy rainfall that may lead to flash flooding are likely. 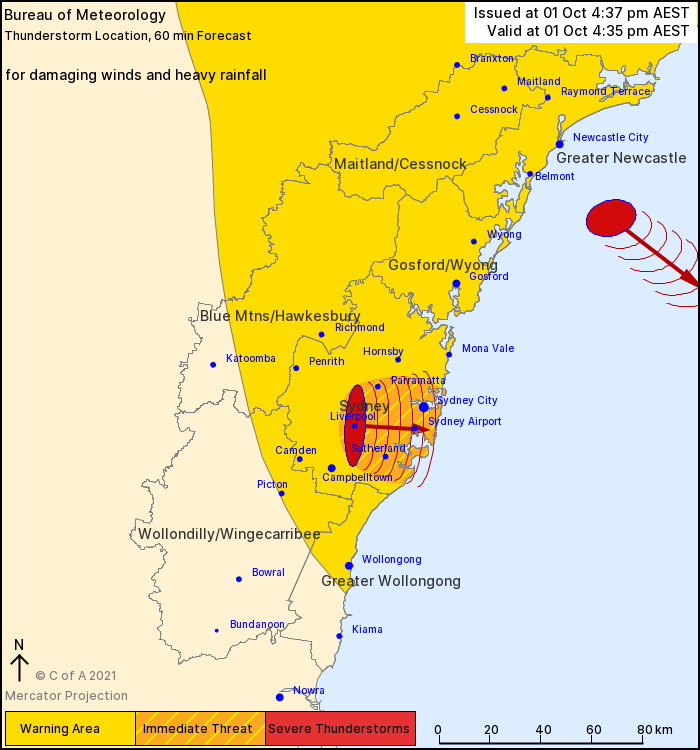