For people in Central and parts of North Central and West and South Gippsland Forecast Districts.

INTENSE RAIN IS OCCURRING WITH SEVERE THUNDERSTORMS IN CENTRAL VICTORIA

Weather Situation: A very humid, unstable airmass will support continued thunderstorm activity through parts of the state. An upper trough will support thunderstorms through the entire overnight period.

Severe thunderstorms are likely to produce heavy rainfall that may lead to flash flooding over the next several hours in the Central and parts of the North Central and West and South Gippsland districts. Locations which may be affected include Kyneton, Geelong, Melbourne, Wonthaggi, Bacchus Marsh and Moe.

Severe thunderstorms are likely to produce intense rainfall that may lead to dangerous and life-threatening flash flooding over the next several hours in parts of the Central district. Locations which may be affected include Kyneton and Bacchus Marsh.

Severe thunderstorms are no longer occurring in the South West district and the warning for this district is CANCELLED.

Springhill-Tylden Road recorded 23mm in 30 minutes to 5:45am. 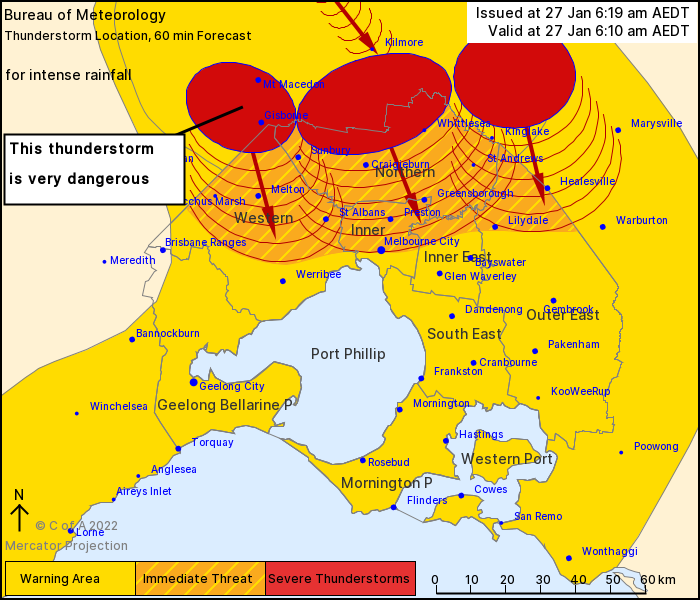